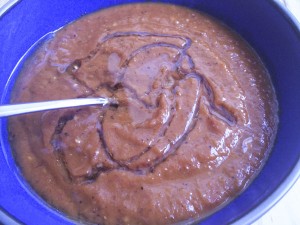 This spring I am on a “group cleanse” led by my nutritionist Anne Fischer Silva. Anne is here in Sonoma County and very Paleo friendly, so if you want to “tweak” your diet, I highly recommend her. You can find Anne at A New Leaf Nutrition.

After about two days of the cleanse, I realized eating meat was not allowed for the first eleven days! I was shocked and immediately went into meat withdrawal. You don’t realize how much something means to you, until you have been deprived of it. The cleanse is mostly vegetables, no meat, no dairy, no cheese, no nuts and only a few grains. I think lentils and quinoa are allowed and possibly a few legumes as well. But being Paleo, I am not eating any legumes or grains. My limited food diet just became a little more limited.

It took me a few days to adjust, but mulling over my allowed shopping list my brain started to become creative again. I had some frozen whole sugar plum tomatoes from my friends Bicho and Kim’s garden left over from the summer. I found some red peppers on sale at Andy’s. I go early in the morning when they put the “older” vegetables in sale bags to get some great discounts. Seeing the tomatoes and peppers gave me the inspiration for the soup.

1. Roast the Red Peppers on a baking pan in the oven at 400 degrees. The peppers will char and that is okay because it adds a smoky flavor. Remove the peppers from the oven when they are completely collapsed. I do this step a day ahead of time.
2. Saute the onion and garlic in the ghee in a medium pan.
3. Add the tomatoes and broth and bring to a simmer.
4. Simmer for about 20 minutes, so the flavors mix.
5. Using an immersion blender, blender or food processor, puree the soup.
6. Simmer for ten minutes longer.

I like to sprinkle olive oil on top of my tomato soup. If you are especially hungry try dicing an avocado, placing the diced avocado in a bowl and pouring the tomato soup on top. Delicious! 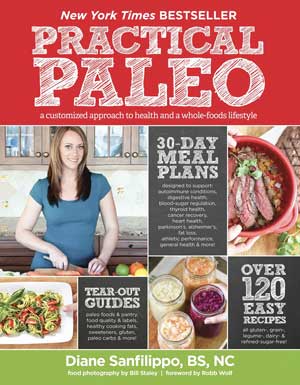